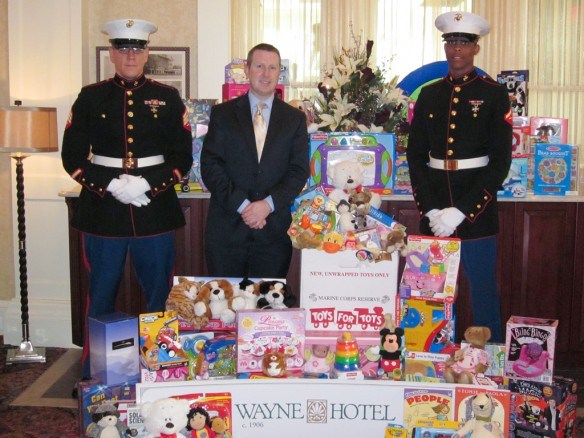 Wayne Hotel General Manager David Brennan greeted Marine Sergeant Whalen and Lance Corporal Mosby yesterday during their Toys for Tots pick-up. Wayne Hotel was a donation site for the U.S. Marine Corps Reserve Toys for Tots Program for 2011, collecting over 200 new, unwrapped toys for the campaign. Due to an overwhelming number of requests, Toys for Tots has extended their collection deadline until Tuesday, December 20th. So if you’re heading out to Paramour this weekend, why not bring a toy donation with you!