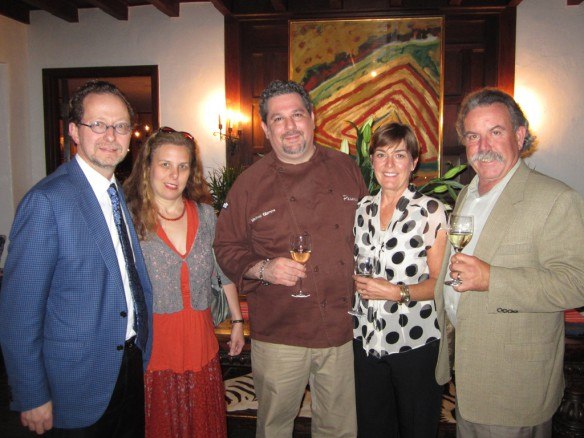 Paramour at the iconic Wayne Hotel was honored to be a part this year’s Winemaker Dinner Series. The first event was hosted by Pia and Richard Halloran at their magnificent Haverford residence on Wednesday, October 10, 2012.  The dinner series concludes with the annual Bacchanal Wine Gala and Auction for the Pennsylvania Academy of the Fine Arts (PAFA) on Saturday, November 10, 2012.

Pia Halloran, a 2012 Bacchanal Committee Member for PAFA, graciously welcomed guests to her home for the intimate dinner. Among the group of 14 were Hank Smith of The Haverford Trust Company and Presenting Sponsor of the Bacchanal 2012 with  his wife June, and David Brigham, President and CEO of PAFA with his wife Holly.