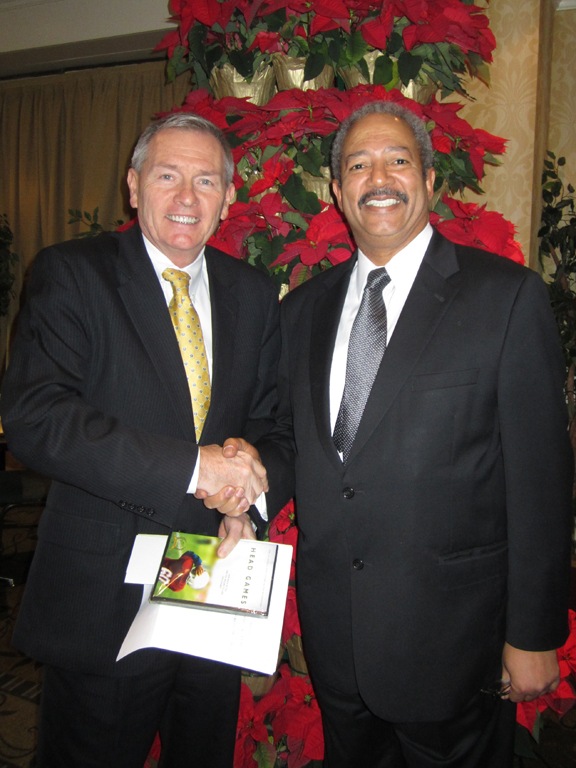 The Radnor Hotel was honored to host US Congressman Chaka Fattah, celebrated retired NASCAR driver Ernie Irvan, Executive Producer of Head Games Steve Devick and many more at the Annual Retreat for the Center for Brain Injury and Repair (CBIR) from the University of Pennsylvania on December 10th, 2012. A dragster was on display to illustrate the driver’s vulnerability and the safety measures available, provided by Shawn Montgomery, from a local racing family.  Shawn’s father, Ken Montgomery, was inducted into the Super Stock Hall of Fame in 1997. PENN’s CBIR, led by Drs. Douglas H. Smith and David Meaney, has been in existence for more than 35 years and is one of only five NIH-designated Brain Injury Centers nationwide.  The purpose of the retreat includes professional development, general scientific discourse, and knowledge sharing in cutting-edge neurotrauma research and patient management. More info on the center can be found here. The Radnor looks forward to welcoming the CBIR Retreat again in the future!