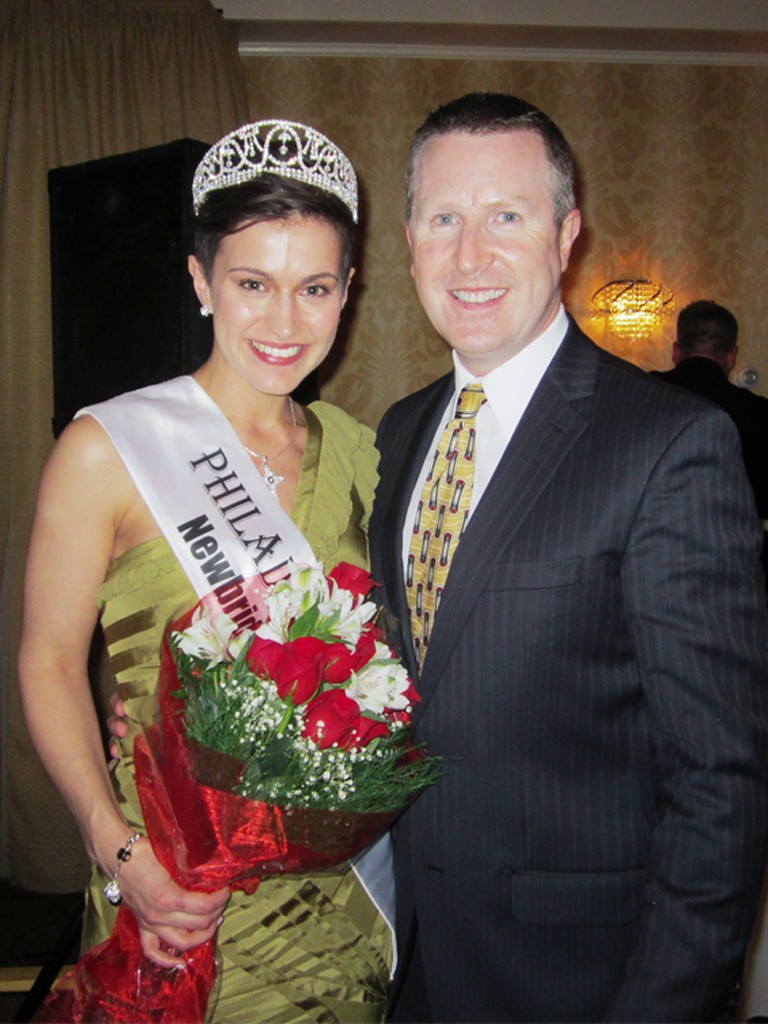 On April 11, 2014 The Radnor Hotel hosted the 2014 Philadelphia Rose of Tralee Gala. This year, five exceptional young women from the Philadelphia area vied for the title. Having met with the judges for one-on-one interviews one week before the gala, the ladies participated in a group interview prior to a live on-stage interview in front of over 250 guests.

While the judges deliberated, guests enjoyed dinner and dancing with the five contestants as well as dozens of Rose Buds and Rose Petals. At the end of the evening the girls gathered by the dance floor of The Radnor’s Grand Terrace Ballroom, while Master of Ceremonies Jim Donovan of CBS announced that Maria Walsh will be going on to represent Philadelphia in the Regional Rounds at the end of May in Ireland. The room erupted into applause as Maria accepted the crown and sash from the 2013 Rose, Brittany Killion.

David Brennan, native of Ireland and General Manager of the Wayne Hotel, Chaired the judging panel once again. Brennan was born and raised in Limerick and regards the Rose of Tralee as one of the finest events of its kind on the International Stage. “We were honored to meet this accomplished group of young women who take great pride in their Irish heritage,” says Brennan. “Given her love of Philadelphia and her passion for her Irish heritage, the judges are confident that Maria will do an exceptional job representing Philadelphia in Ireland.”

Maria Walsh was born in Boston and grew up in Co. Mayo, Ireland. She received her Degree in Journalism and Visual Media from Griffith College in Dublin, Ireland. Maria returned to the States in 2010 and now calls Philadelphia home. She currently works as a Studio Manager for Anthropologie Group/URBN Inc., in Philadelphia.

To learn more about the Philadelphia Rose of Tralee, visit their website.