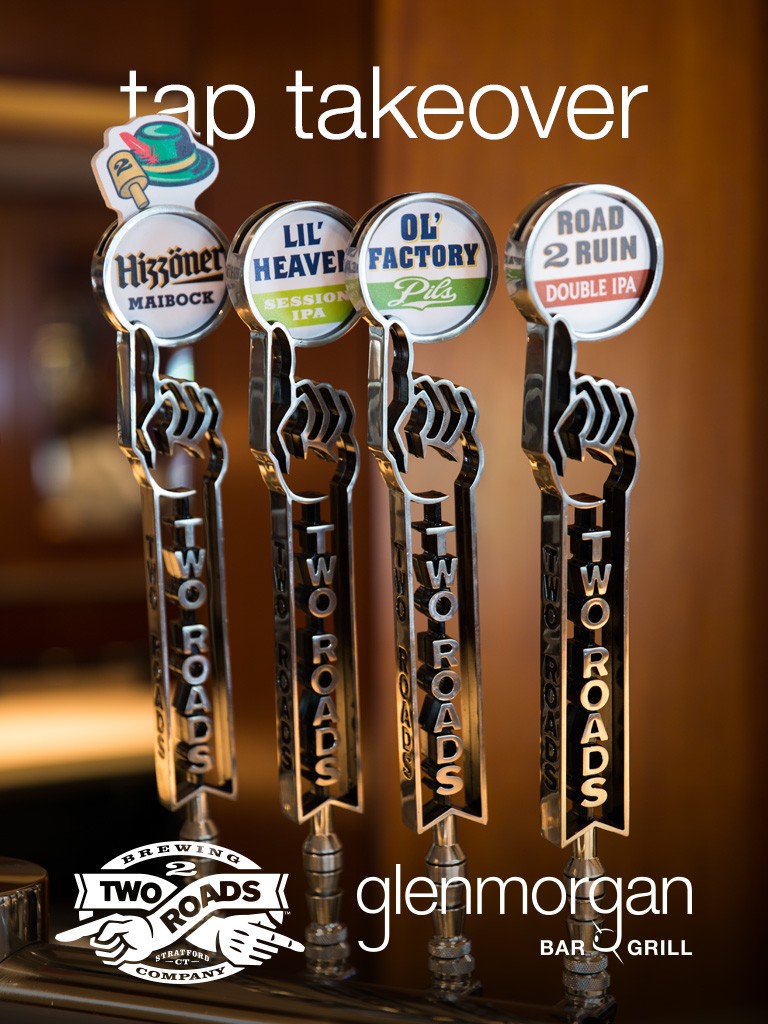 Join Glenmorgan for their first Tap Takeover with Two Roads Brewing Company on Wednesday, August 3rd, 2016 from 4pm till the kegs kick!

Fill up a glass or start off with a flight of featured brews from Two Roads Brewing Company including Igor’s Dream, a limited release Russian Imperial Stout aged in oak whiskey barrels.

PLUS a special batch of Workers Stomp Barrel-Aged Saison in 750ml bottles!

All Two Roads drafts will be half price along with your favorite Bar Bites during Half-Price Happy Hour, 5-7pm. Get there early and grab a seat at the bar to sample some of the finest craft beer from Connecticut.

Mother’s Day Brunch at The Radnor 2020

Easter Sunday Brunch at The Radnor 2020