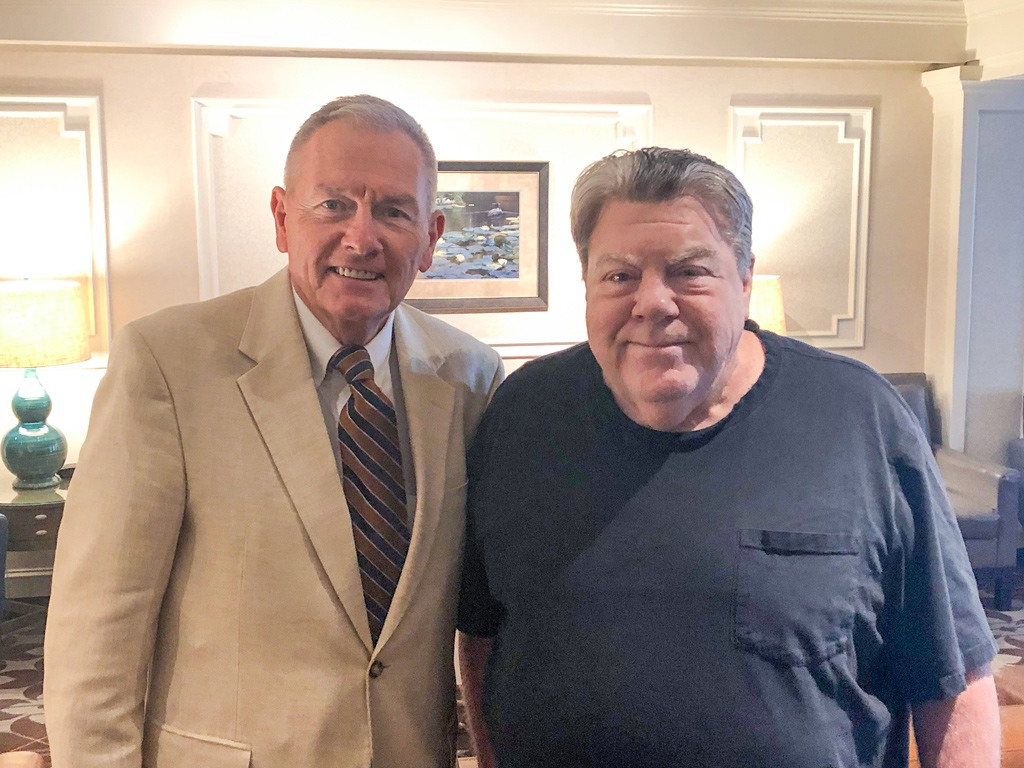 Louis Prevost, Senior Vice President and General Manager of The Radnor Hotel, welcomed George Wendt, Emmy-Nominated Actor and Comedian, to The Radnor on Thursday, July 25, 2019. Wendt was in town for a role in a movie being filmed on the Main Line.

George Wendt is well-known for his lovable character Norm Peterson on the television sitcom Cheers, for which he earned six consecutive Primetime Emmy Award Nominations for Outstanding Supporting Actor in a Comedy Series. Norm!!!